A wild leopard which mauled six people after wandering into a village in deepest India has died from injuries sustained during the attack.

The fully grown beast savaged several policemen and forest rangers, as well as villagers, during its rampage in a densely populated district near Siliguri in West Bengal yesterday.

The leopard was eventually tranquilised, tied up and taken to a veterinary clinic, where it later died.

A forestry department official said the animal had suffered multiple 'external injuries' as the police had used batons and knives to save their colleagues. 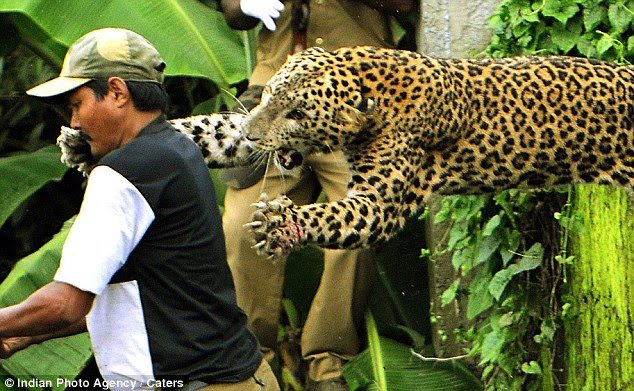 Lunging: Jaws open and claws outstretched, the leopard launches itself as its prey - but the unsuspecting forest guard still doesn't know he's under attack 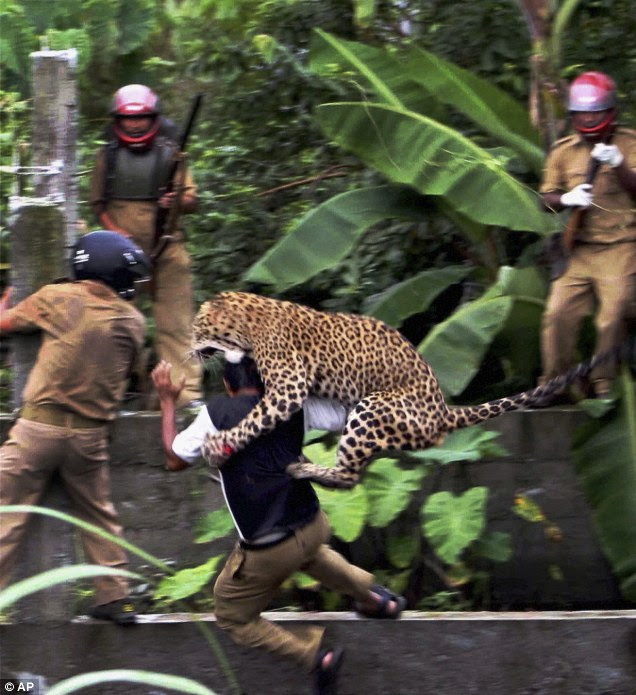 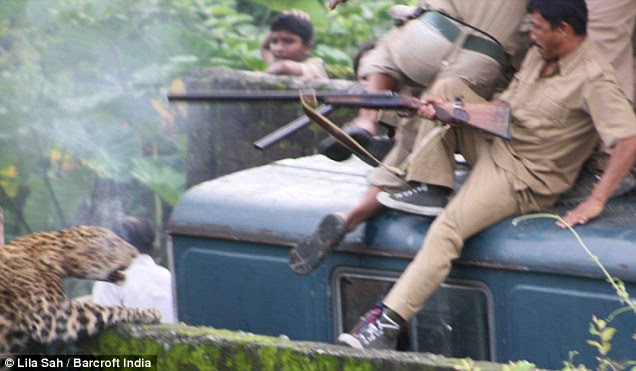 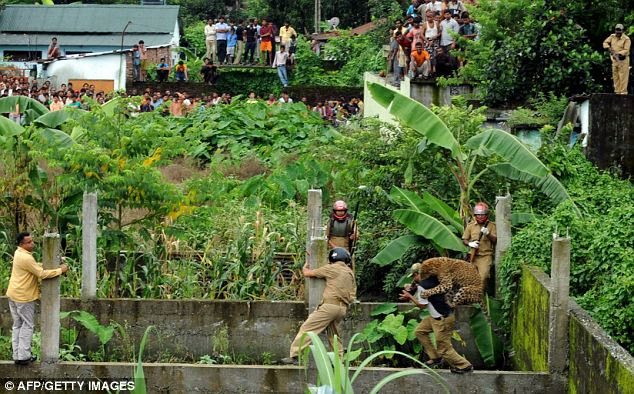 The drama unfolded in Prakash Nagar, home to 3,000 villagers, in north-east India.


The big cat unleashed a wave of terror after it strayed into the village from a nearby national park and became startled by the curious humans.

Perched on corrugated rooftops and walls, people watched the action with a mixture of horror and excitement.

Kanchan Banerjee, a forest ranger of the Sukna Wildlife Range, told The Hindu newspaper: 'It was spotted near a house in the morning by villagers who raised the alarm, and this startled the leopard. 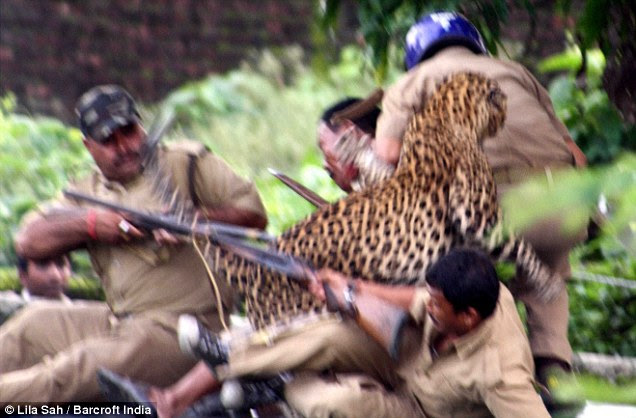 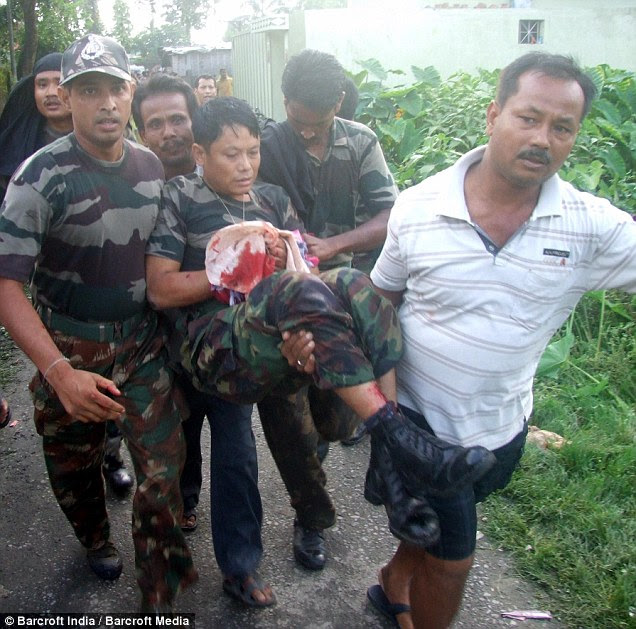 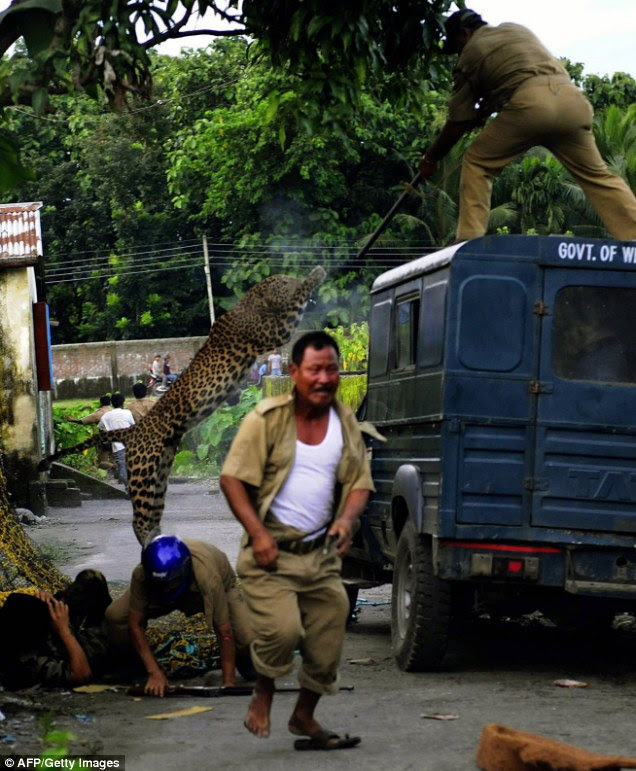 A forest guard aims his rifle as he is attacked by the leopard. One villager lies injured on the ground while another runs for his life
'With the villagers trying to chase it, it tried to flee and injured five of them in the process.

'Then, the leopard took shelter in an abandoned house.'
During the forest guards' attempt to capture the beast alive. klikunic
Harimau Bintang mengamuk di kampung